Is Divorce Your Only Option?

Is Divorce Your Only Option?

When it comes to the dissolution of a marriage (or “divorce”), there are a couple of alternatives to the standard divorce route. One infrequently used alternative is a declaration of invalidity of the marriage – more commonly known as “annulment.”

There are certain advantages to obtaining an annulment instead of a divorce, but relatively few petitions for annulments are filed in Illinois each year. The Illinois statute on annulment is not as robust as the divorce statute. This means it’s harder to qualify for an annulment than a divorce. But you should ask your legal practitioner to determine if an annulment is possible for you before they file for divorce.

The traditional common law grounds for annulment were based on lack of capacity to consent to the marriage (mental incapacity, fraud, duress, and sham marriages), physical incapacity, lack of age, and marriages prohibited by law.

The four (4) circumstances listed in Section 301 of the Declaration of Invalidity of Marriage include:

Except for prohibited marriages, if you wait too long to file for an annulment, the marriage will be considered valid and the only remedy is divorce. The action must be filed within the following time frames:

Except for prohibited marriages, a party cannot seek an annulment after the death of either party. This is also true for dissolutions of marriage.

The grounds for annulment are generally difficult to prove. Kim Kardashian and Britney Spears have made the process look easy in the State of California. But this does not reflect most peoples’ reality.

Even though marriages declared invalid under the Declaration of Invalidity of Marriage statute are treated as void from the date of the marriage, a court may still issue permanent orders regarding:

For purposes of support, custody, inheritance, and name, children born of annulled marriages are legitimate.

Because there are time limits on filing for an annulment, an invalid marriage is likely to be short-lived. For this reason, maintenance (formerly known as “alimony”) is rarely granted in an annulled marriage. It is more likely that there will be marital property that must now be divided.

The statute has one last important section to mention. Illinois’s putative spouse doctrine. This applies to parties who:

(2) lived with one another as spouses; but

(3) they were not legally married, and

(4) one party had a good faith belief that they were married to that person.

An example of a putative spouse is when a party finds out that their spouse never actually got a divorce from their prior spouse. Sometimes parties avoid conflict and move on without actually filing for divorce and separating out assets. It can be quite a surprise when the new spouse finds out that they were never legally married. This usually happens after the original spouse finally files for divorce or after their spouse dies and the original spouse attempts to claim retirement benefits.

Do You Qualify for an Annulment?

Termination of a marriage, whether by divorce or annulment, can be very traumatic for everyone involved. An annulment might seem like a good option, but they require a particular set of circumstances in order to qualify.

If you think you may have a case for an annulment or you may be a putative spouse, the attorneys at Greenberg & Sinkovits are ready to take your call. Call us today at (312) 905-3013 for a free consultation. 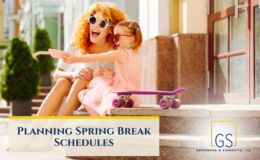 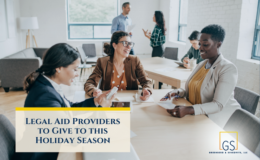 Legal Aid Providers to Give to this Holiday Season 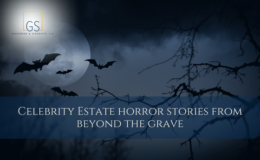 Celebrity Estate Planning: Horror Stories from Beyond the Grave 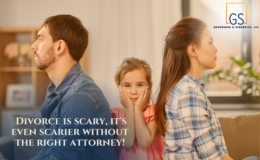 Divorce Is Scary; It’s Even Scarier Without the Right Attorney 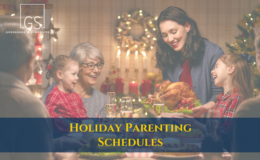